Navigating #BlackLivesMatter while Being Mixed Race

DISCLAIMER: Everything I write here is based on my own personal experiences growing up in a predominantly white, far-right conservative, evangelical environment in Texas. I will be making comments about my experience that may make people uncomfortable but please respect my story and my experiences. It would also be a good time for a gut check to see what makes you uncomfortable, the racism or the story about racism.

“So what are you?” That question has plagued me most of my life. People would often ask me that because they couldn’t easily discern my race. While my skin is darker, it is on the fairer side of dark. My head wasn’t comprised of the typical black curls that you see on black men. I didn’t have any “cultural indicators” that one could use to deduct my background. In the end, many have confused me for being Mexican, Indian, or Arab. This was something that I just accepted for most of my life.

My father left when I was young and with that, any connection to my black identity. I rarely spoke to his side of the family so any education around my “blackness” was now in the hands of my white mother. My mother grew up in a farm town in the Midwest. Needless to say, her exposure to black culture was pretty much non-existent. She did move to the city where I was born and raised, but I think a lot of those lingering beliefs stuck with her. After all, research is showing that if you don’t have friends of color in your youth, you likely won’t as an adult.

My rural white family was completely unprepared on how to handle having half non-white family members. I believe that they loved me in their own way; but anything that wasn’t “White-American” or European in origin was foreign. They also didn’t have much curiosity to learn about the rest of the world. Many people in rural America do experiences some discomfort with people that they see as different from themselves. This is definitely reflective of my family.

They didn’t necessarily make me feel bad for being different but to call them tone-deaf would be an understatement. They also didn’t play a large role in me growing up, largely due to the physical distance. This resulted in my education on my racial identity being fractured to only represent one side while warping the other.

I grew up not fully understanding what it meant to be black. My “blackness” was viewed through the lens of white, Southern Evangelical eyes. Unfortunately, history shows us a dark and racist past that continues to exist in Evangelical circles. Southern Baptists, in particular, are overwhelmingly white and have an interesting relationship with race. To their credit, they are trying to address it now. While my mom would say we were “non-denominational”, it was clear that our church and schools were influenced by Southern Baptist Convention ideology.

Our churches and schools were overwhelmingly white. Sure, there were a few black people here and there but their influence was simply not there. As a result, my idea of “blackness” was molded by people who saw black people as a monolith or hive mind. They often associated “black culture” with very dated and inaccurate stereotypes. They were lazy, ignorant, crime prone, not as smart, not as trustworthy, etc.

To them, the “good” black people were those who didn’t adopt this caricature. They would then engage in mental gymnastics to conclude that while their skin was black; they “acted white”. This ideology is very toxic as it defines “blackness” as a negative and “whiteness” as something we should all desire in order to be “acceptable”. Unfortunately, even in 2020, many people hold this disgusting belief.

Since “blackness” was defined to me by people who chose to define “blackness” as a negative, it effected my view on my own identity. In many ways, you could say that I tried to hide from my “blackness” because I wanted to be accepted. This hindered me from learning the true beauty and richness of black culture.

I remember being a teenager hearing incredibly outdated black jokes and being the only representative of color in the group. I was often silent or laughing along so that I could fit in. I didn’t realize that I was shaming a real part of myself in order to fit into a club I would never welcome me. I mean, sure, you didn’t know I was black by looking at me but you would also never mistake me for white.

The notion of the “One-drop rule” still persists in America. This an idea states that if you had one drop of black blood in you, then you are, for all intents and purposes, black. This policy dates back to Slavery, continued through Jim Crow, and still lurks in our country’s collective consciousness. I will never be accepted as a white man and my blackness was stolen from me.

Fast forward to my college days and I began to see the cracks in my reasoning of identity. I then moved to Austin where I was often confused for being Indian or Arab. Almost everyone I met assumed I was Indian or Arab at first. I never introduced myself as “Jay Smith” or “Jason Smith”, just “Jay” so that left a lot of room for them to fill in the blanks as to my race.

It was very interesting to see people’s reaction when they learned that I was half black. They had this notion as to how black people were supposed to behave but I was articulate, intelligent, and pretty chill. They would inevitably give me a “Really? You don’t seem black.” on a good day. I have seen the opposite end of the spectrum where someone loses respect for me when they learn that I am half black. I have had people act as if my IQ just dropped 20 points when I revealed that.

Being told that I was not “really black” was how most people would reconcile that and it hurt. For one, why does a white person get to dictate what’s black and what’s not black? Second, I really questioned my “blackness”. Again, I grew up in a largely white culture so maybe they are correct. It was a very confusing time for me.

To many of my colleagues, I was black when it was convenient. I became deputized as their “black friend” and they would tell me their horrible ideas and seek my approval because I apparently was speaking on behalf of all black people. I vividly remember a conversation where someone wanted me to agree with them that having black people in their neighborhood would pose a threat to their children. This conversation, mind you, took place in 2013, not 1953.

To some people my “whiteness” canceled out my “blackness”. I had a family member tell me that I was the “whitest black person that they knew” as if it were a compliment. Since they don’t know any black people, I essentially “won by default” (if you can call that winning). I was on a date in 2012 with a lady and I mentioned that I was half black. The concern in her voice was obvious but then I mentioned that I was half white and she said “oh, that’s why you are so smart”.

Because of these factors, I always struggled to know where I fit into the world in regards to black issues. Sure, I am half black so I am black, however, I have never felt like I have been a part of black society. I didn’t go to black churches, I didn’t learn black traditions, I was never taught how to be a black man by black people and so on. On the other hand, I am not white. No one will look at me and assume that I am white. I will never reap the benefits of white privilege. I existed in this bizarre identity limbo.

Black people have generally accepted me as one of them despite me being half white. Occasionally there were a few jokes thrown around but I was almost always seen as “part of the team”. Even still, I always struggle as to whether I have a claim to the black experience or my black identity.

With the rise of the #BlackLivesMatter movement, these questions became harder for me. I have been discriminated against due to my appearance as a darker skinned American but is it fair to say it was because I was black? Is it fair for me to claim that I have been harassed by the police because of my “blackness” or just because I was not white?  Can I claim the same struggles as my black brothers and sisters?

Racial-imposter syndrome is a common thing for mixed race people. NPR’s Code Switch had a podcast on this subject a few years back. People who are mixed often question themselves as to whether they have the right to claim a racial identity when they don’t share all of the struggles. After all, if you don’t present black to the outside world, can you really state that you were discriminated against for being black?

Now, there is no question here as to whether or not I support Black Lives Matter. I am 100% on their side regardless of my racial identity as I feel everyone should be. This isn’t about race, it’s about basic human morality. You don’t have to be black to believe that black people should not be killed in the streets by the people we say are supposed to protect us. You don’t have to be black to acknowledge our terrible history with black people in America that has resulted in a systemic problem. My question has always been, do I have any right to claim a piece of the struggle? Am I a member or an ally?

Regardless of the conclusion, I will continue to support causes affecting black people as a member and an ally. I hope that I can use my biracial status to be a voice for black people within white circles. 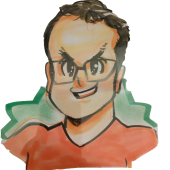 Cloud Enthusiast. Kubernetes Wizard. Google Fanatic. Serverless Fan. Googler. All of my opinions are my own

Framing of Diversity in Tech

An Open Letter to Managers of Black Employees

This site uses Akismet to reduce spam. Learn how your comment data is processed.